There was a famine and "Isaac went to Gerar to Abimelech king of the Philistines". God tells Isaac not to go to Egypt, if he instead stays here God will give him the land and lots of offspring and such.

I find it interesting that God made the same promise to Isaac here which he had made to Abraham, but it is contingent on him hanging around. Suppose Isaac had decided to disobey God here and go to Egypt anyway. If God then doesn't give Isaac the land hasn't he broken his promise to Abraham? Given that God made the promise to Abraham already, it should be that Isaac can do anything he wants and should still get the land. Worst case scenario, God is using the same promise to manipulate people and string them along. Best case he has foolishly promised too much to Abraham and potentially put himself in a position to either break the promise, or give the land to people who aren't following his commands any more. I suppose some would argue that God can see into the future and know that won't happen, but a look at the current state of the middle east seems to destroy that argument. Also perhaps it doesn't work well in the bible itself, I haven't read ahead.


Isaac told everyone that Rebekah was his sister instead of his wife because he was afraid they would kill him since she's so beautiful. The king realized at some point they were actually married and yelled at him for potentially bringing guilt upon them because anyone could have laid down with her thinking she wasn't married. He spread the word to all of his men so this wouldn't happen.

WHY? Seriously, what the fuck? Why is this families first instinct to pretend their wives are their sisters? Did Abraham tell Isaac about that he had done this and got super rich off of it and that is why Isaac is repeating it? As has happened every time this scam was used, God's people looked terrible and the people who are being scammed act honorably.

I love Jamieson, Fausset & Brown's take on this story


The pressure of famine in Canaan forced Isaac with his family and flocks to migrate into the land of the Philistines, where he was exposed to personal danger, as his father had been on account of his wife's beauty

The people of those places have given zero indication that Isaac or Abraham were in any danger. At every turn they have been lied to and they always treat Abraham/Isaac well. They have proved at every turn that Abraham/Isaac was incorrect to assume they would be killed because of their wives beauty. The fact that JFB comes away from the story thinking they were really exposed to personal danger shows they aren't really paying attention to what is happening in the stories.

So Isaac farmed in the land and his return that year was 100 fold because the lord blessed him. He became so rich that Abimelech told him to leave as he was becoming too powerful so Isaac moved on to the valley of Gerar. He had a conflict with some locals over water wells but he made peace with them and moved on and dug another well. At some point Abimelech came to him to set up a treaty because it is obvious that Isaac has the lord on his side, Isaac agreed and they had a feast to celebrate.

Not a lot that is too terribly interesting here. I definitely like that Isaac seems to be going the route of peace repeatedly. He was very powerful, when Abimelech asked him to leave he could have fought to stay but he didn't, when he had the disagreement over the water rights he moved on and found another well rather than killing those people and taking it. I like it.

When Esau was 40 he got married to two Hittite women, this made Isaac and Rebekah's life bitter. 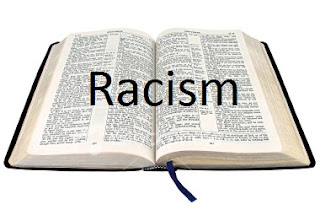 There are two possibilities here, the problem could be that there are 2 wives, or it could be that they are Hittite. I'm assuming that the 2 wives aren't a problem as polygamy was very common back then, which leaves racism.


Again, this shows Esau’s character as a fornicator and profane person

I suppose he's a fornicator for marrying two women, but again, very common back then? And to verify that I am indeed reading the right, that this is completely just racism, we have JFB's take on this passage


If the pious feelings of Abraham recoiled from the idea of Isaac forming a matrimonial connection with a Canaanitish woman [ Gen 24:3 ], that devout patriarch himself would be equally opposed to such a union on the part of his children; and we may easily imagine how much his pious heart was wounded, and the family peace destroyed, when his favorite but wayward son brought no less than two idolatrous wives among them--an additional proof that Esau neither desired the blessing nor dreaded the curse of God. These wives never gained the affections of his parents, and this estrangement was overruled by God for keeping the chosen family aloof from the dangers of heathen influence.

It really seems to me that this is just totally based on racism.

For the verses of note:

"And Abimelech said to Isaac, "Go away from us, for you are much mightier than we." So Isaac departed from there and encamped in the Valley of Gerar and settled there...Then they dug another well, and they quarreled over that also, so he called its name Sitnah. And he moved from there and dug another well, and they did not quarrel over it. So he called its name Rehoboth, saying, "For now the LORD has made room for us, and we shall be fruitful in the land."

Genesis 26:34-35 Isaac and Rebekah don't like Esau's wife because she's a Hittite