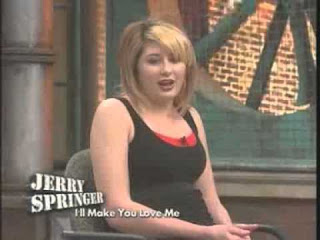 Jacob's wives get real competitive with one another about having kids and they both enlist their servant for the cause. Jacob winds up having a bunch of kids with all 4 women. Is this the bible or daytime tv?

Jacob asked Laban to let me gather his family and leave for his homeland. Laban didn't want him to go because he benefited so much from God blessing everything he does. In the time Jacob had worked for him his wealth had increased considerably. But after some discussion, Laban agreed to let him go and asked what he should be able to take with him. Jacob said that he would go through his flocks today and take every animal that is speckled and spotted. Any animal that is not so marked will remain Laban's.

It specifically says  that Jacob will go through the flock today, but that makes no sense because of what happens next, Jacob's plan involves breeding. All I can figure is that it is supposed to say "one day" or something, I did a compare translations but they seem to be pretty uniform in saying "today".

Jamieson, Fausset & Brown seems to be saying that the agreement was to remove the spotted livestock now, and only breed the ones without such markings. Then Jacob would get the ones that come up spotted in the next generation (or perhaps a few generations down the line). The idea was that this would make it unlikely that very many spotted animals would be born next generation, and that is why Laban was quick to accept this deal. That is clearly the way this went down, but it doesn't seem to be the deal that they made according to the way I read it.


v.32 "let me pass through all your flock today, removing from it every speckled and spotted sheep and every black lamb, and the spotted and speckled among the goats, and they shall be my wages."

That really seems like Jacob is supposed to get the spotted animals today doesn't it? JFB's interpretation doesn't seem to be consistent with this verse, but it certainly does match the rest of what happens here. Perhaps this is a translation issue, or perhaps I'm being dense and it's really not as confusing as I'm making it out to be. Whatever, this detail isn't that big of a deal, but it was peculiar.

Then Laban took all of the animals that should have gone to Jacob and gave them to his sons and they took them a three days journey away and took care of them there. But Jacob prepared sticks of poplar and almond, exposed the white of the sticks and put them by the water where the animals drank. They bred while being watered and this would make them reproduce with spots. Jacob did this for the strong animals but not the weak ones, so he would get the strong offspring and Laban would get the weak.


You heard it hear folks, if you want to control the coloring on your livestock you just have to be careful about what sticks they look at while they are breeding. Can we just agree that this thing isn't divinely inspired and whoever wrote this didn't understand how the world works? I'm guessing an apologist would argue that God is working behind the scenes and it really doesn't have anything to do with the sticks, but that really veers quite a ways from what the text actually says.

Guzik seems happy to just turn off his brain and take this as fact:


When Jacob put these branches in the the drinking troughs of the flocks it apparently increased the number of speckled and spotted offspring from the solid-colored flock Jacob managed on Laban’s behalf.

It's in the bible, must be true. No sense thinking critically about it one bit.


These, kept constantly before the eyes of the female at the time of gestation, his observation had taught him would have an influence, through the imagination, on the future offspring.

This is not how it works! Granted, they wrote their commentary in 1871, unlike Guzik, who as far as I can tell is still alive, they may not have had a reasonable opportunity to know how ridiculous this is. Hell, on the origin of species was only written 12 years earlier.

I'd also like to point out how terrible both Jacob and Laban are in this story. They can't just come to an equitable deal and go with it, they both are trying to game their arrangement and come out ahead unfairly.

"But that day Laban removed the male goats that were striped and spotted...Whenever the stronger of the flock were breeding...So the feebler would be Laban's, and the stronger Jacob's"

Genesis 30:1-24 Everything about this marriage is dysfunctional

Genesis 30:39 What you are looking at when breeding affects what traits you pass on

" the flocks bred in front of the sticks and so the flocks brought forth striped, speckled, and spotted."
Posted by Hausdorff at 8:46 AM